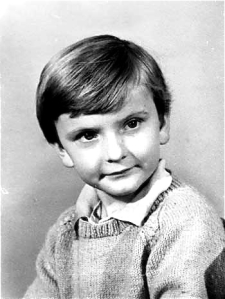 In the 1960s, the sun-soaked Mediterranean island of Ibiza was a hippie paradise where artistic peluts or ‘hairies’ mingled with liberal-minded beatniks.

For 11-year-old Geraint Hughes, life on Ibiza in the 1960s was an education, a lesson in living amongst the famous and the infamous. The island’s tiny Moorish-looking capital and its whitewashed beaches were places for the beats to meet, where the hippest of the hippies hung out: pop stars like Bob Dylan, Joni Mitchell and Nina and Frederick, actors including Romy Schneider, Terence Stamp and Charlotte Rampling, writers such as Norman Mailer, and characters such as the mysterious model Nico.

This was where Geraint’s step-father, the writer and Egyptologist John Anthony West, had an island home called Rum Place, a house where Geraint frequently holidayed with his mother, actress Catherine Dolan, who was John’s girlfriend.

When John threw one of his wild parties at Rum Place, the young Geraint would find himself in the company of people such as the great art forger Elmyr de Hory, Clifford Irving, who hoaxed a biography of Howard Hughes,  Bernie Bishop, a real-life New York version of Popeye, and the painter Alan Schmer.

“It was Bohemian, fun, very arty and anarchic,” says Geraint, who now lives in Brighton. “For an 11-year-old to find himself having these artistic discussions at a late-night party was quite something. They had very left-wing views and a lot of Americans there, like my step-father, whose family owned Martha West’s Outsize Clothing store in Fifth Avenue, Manhattan, had run away to avoid being forced into their father’s businesses.”

The irony was how Ibiza would resurface in Geraint’s life 30 years later. For he is one half of the song-writing duo Typically Tropical, whose 1975 global hit Woh! I’m Going to Barbados would top the charts again 25 years later in 1999, reinvented as We’re Going to Ibiza with its original reggae beat replaced by the Eurodance pop group Vengaboys.

By then, Ibiza had been invaded again, this time by hard-partying teens and twenty-something tourists. Although a hardcore of liberal beatniks remain on the island, its vibrant hippie vibe has largely disappeared, surviving only in the memories of people like Geraint, a man whose unconventional childhood was shaped in part by his experiences in a very unconventional  place.

His mother was a RADA-trained actress from Port Talbot, in Wales, who grew up just round the corner from a boy called Richard Jenkins. At Port Talbot Secondary School, Catherine and Richard went out together, and in 1943 performed together in a school production of Pygmalion with a fellow pupil called Graham Hughes. The play was directed by Philip Burton, and he adopted Richard, who took his surname and became Richard Burton, the celebrated actor famous for marrying fellow film star Elizabeth Taylor. 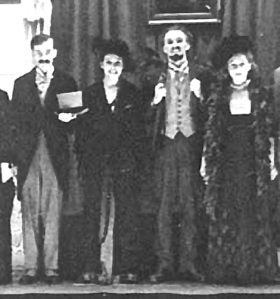 But it was Graham whom Catherine would later marry, and their only child was Geraint.“My grandmother told me that Dick would call round for my mother when they were in their early teens and going out together,” Geraint recalls. “My mother always followed Dick’s career, especially when he married Liz Taylor. When I was a child, my mother’s brother, who was a journalist on the South Wales Evening Post, took me to Aberavon Rugby Club to watch a match from the journalists’ enclosure and Dick and Liz were visiting, the toast of Hollywood because their film Cleopatra had just come out. My uncle pushed me forward to meet Richard Burton and he bent down to give me half-a-crown. But I threw it on the ground because I didn’t know him. That story has gone down in family history.”

By then, Catherine and Graham’s short-lived marriage was over, and Catherine embarked on a peripatetic life, going where the work took her – and Geraint. A year in New York, while his mother performed on stage with fellow Welsh actor Donald Houston, introduced Geraint to music shows on TV. “I would watch Frankie Avalon, Dickie Do and The Don’ts and Buddy Holly,” recalls Geraint. “My mother took me to Sam Goody’s record shop and I would reel off a list  of songs I wanted. It kickstarted my interest in music.”

Then came some time in Bermuda after Catherine won a role in a TV series called Adventures of the Sea Hawk, and back in London, she was in great demand as a stage and radio actress.

But when Geraint, who was enrolled in the French Lycée Français School in London, suffered a bout of bronchitis, it was reason enough for his mother to move them to Barcelona. “She told me it was for my health,” says Geraint, “but I suspect it was not the truth. She had met John in London, who was living among the ex-pat beatniks on Ibiza, and Barcelona was much closer to Ibiza than London.”

But life was not easy in Barcelona, where they lived in different hotel rooms, and it was interspersed with holidays with John at Rum Place on Ibiza. The highlight of their Spanish life was living for six months in a an apartment in Gaudí’s famous Casa Milà, it’s undulating stone facade an iconic sight in Barcelona. “It was like living in a fairytale,” says Geraint. “There were no corners – everything was rounded. We were on the very top floor and the way to the sleeping quarters upstairs was mirrored, with a fake trompe l’oeil.”

In 1966, when Geraint was 13, Catherine and John married and moved to Ealing, establishing a more settled life for Geraint until he left home at 20 to work as a tape operator at London’s famous Morgan Sound Studios, where Pink Floyd, Cat Stevens, Black Sabbath and Paul McCartney recorded.

He struck up a friendship with fellow engineer Jeff Calvert, whose father Leon Calvert, was a director of Morgan, and one day they wrote Wow! I’m Going to Barbados in two hours, inspired by reggae rhythms. The two sneaked into Studio 1 at Morgan to record a demo, and a few months later, Barbados was Number One. Geraint and Jeff made their debut on Top of the Pops as Typically Tropical and Barbados sold a million records worldwide. They sold a million for the second time when they wrote I Lost My Heart to a Starship Trooper, a Sarah Brightman hit in 1978, and beat their own record in 1999 when Ibiza by the Vengaboys sold well over a million, despite a Radio One boycott.

Catherine and John split up in 1977, and Catherine died in 1991 from breast cancer. John moved to New York, where he lives near Woodstock and runs tours in Egypt, where he has shown stars including John Cleese, Peter Cook and Eric Idle around the Pyramids.

Geraint remains close to his father, Graham, a Professor Emeritus of criminal law at New York University. His father once lived in Bleecker Street, at the heart of Greenwich Village in Manhattan and probably the trendiest place in New York. “It was like a Woody Allen film,” laughs Geraint. “I’d walk out of the apartment building called Silver Towers and Debbie Harry would walk by. Extraordinary.”

For more information about Geraint Hughes and his career, visit www.thepodule.co.uk

Originally published in Sussex Society through The Argus